Category: Do It Yourself

Hume Steel EngineeringBlogDo It Yourself 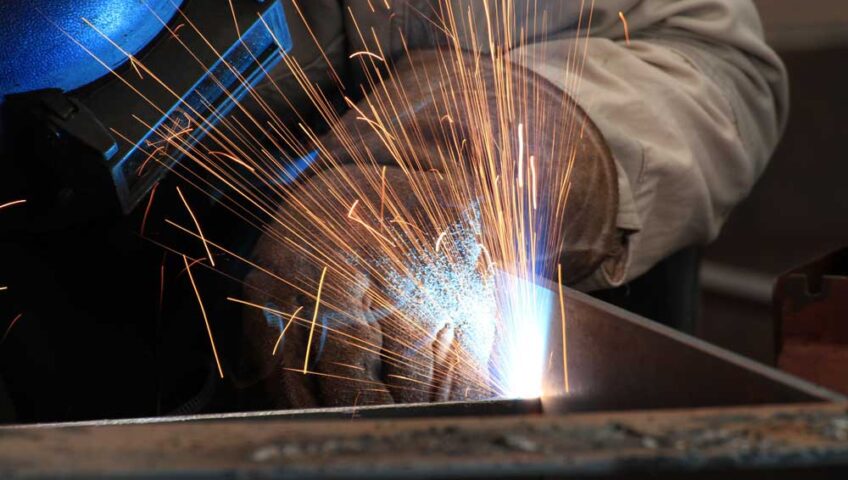 Welding is a technique of joining metallic parts through high temperatures, adding fillers to make a pool, and cooling them to allow their fusion. Materials used to generate heat sources include gas, electricity, laser beams, friction, and ultra-recently robotic-welding.

Friction stir-welding, laser-welding, and ultrasonic-welding are some of the processes commonly used in joining aluminum. Welding of Aircraft-grade aluminium is not possible by using traditional-welding methods to its oxide layer, thus requiring alternating current.

The sight of welding-rods emitting sparks and holding pieces of metal together excites a curious mind to wander back to medieval times. How did the ancient people manage to pull off such a feat without electrode rods?

The History of Welding

The history of welding is traced to the Bronze age that occurred 2000 years ago. During the time, gold circular boxes were made from pressure welded lap joints.

Then in approximately 1000 B.C. came the Iron age. Many tools believed to have been made during this time are traced to the Egyptians and inhabitants of the eastern Mediterranean area, who were thought to have learned to weld iron pieces together.

The development of the art of blacksmithing in the middle ages led to the production of many iron items through hammering. Typical-welding as it is today was invented in the 19th century.
Chronological Advances in Welding’s/cutting Techniques

Humphrey Davy is credited with arc production by the use of a battery to create two electrodes. Edmund Davy was instrumental in the discovery of acetylene in 1836. Mid 19th century witnessed the invention of the generator, which popularised arc lighting.
The late 1800s led to the development of gas-welding and cutting. As a result, arc-welding with the carbon arc and metal arc was developed, and what came to be known as resistance-welding became a practical joining process.

Augusta De Meritens used the heat of an arc for joining lead plates for storage batteries in 1881. His student Nikolai N. Bernados made progress in welding’s cast iron and lead. The periods between the 1890s and early 1900s were the years of carbon arc-welding.

C.L. Coffin of Detroit became the pioneer in using a metal electrode for arc welding-processes which involved the deposit of filler metal in the joint to create a weld. On the other side, N.G. Slavianoff was busy with the same idea of transferring metal across an arc, but instead, to cast metal in a mold.

Strohmrnger brought into the picture a clay or lime-coated metal electrode. Oscar Knellberg brought in a coated electrode between 1907 to 1924. Stick electrodes were made by dipping bare iron wire in mixtures of carbonates and later drying the coating.

At the same time, resistance-welding continued to be developed, and processes like spot-welding, seam-welding, projection-welding, and flash butt-welding became commonplace, with Elihu Thomson being credited their originator tag.

The invention of thermite-welding in 1903 by Goldschmidt was accelerated by the need to weld railroad rails. Gas-welding and cutting were advanced by the emergence of a torch that was used with acetylene during this period.

With First World War came the demand for armaments, and many companies began to manufacture electrodes and welding-machines to meet the demand.

Automatic-welding came about and utilized electrode wires and arc voltage to control the feed. Thanks to P.O. Nobel who introduced it to be used in building women motifs shafts and crane wheels. The automotive industry adopted its use in the production of rear axles housings.

The arrival of stud-welding to attach wood decking and metal popularized what later became helpful in the shipbuilding and construction industries. Then came the automatic submerged arc-welding process, which was used in shipyards and ordinance factories.

The Gas metal arc-welding (GMAW)was developed in 1948 and replaced Gas Tungsten. Here the tungsten electrodes were replaced by electrodes wires using constant voltage power sources. The process was initially meant to deal with non-ferrous metals, and users tried to introduce this on steel, but the cost of gas impeded its use.

The early 1960s witnessed the use of inert gas that economizes oxygen through spray-type arc transfer. The electron beam-welding-process, which uses a focused beam of electrons, was introduced in 1957.

The US automotive industry and aircraft engine industries are heavy users of electron beam-welding. Due to the high strength-to-weight ratio of aluminium, it is popular in the aviation industry. One of the ways of attaching aluminum to aircraft is through welding’s.

Welding-techniques have continued to be invented, with the latest being the use of AI robotics to perform strenuous tasks such as cast iron-welding on vehicles or fixing hard surfaces. Furthermore, robotics reduces human injuries through lifting and welding’s; this releases people to work in other productive areas.